Car reviews, road tests, test drives, whatever you call them they can be informative, entertaining, funny or even down right damaging but they are a key part of how we view and develop opinions about cars. Most people are familiar with the standard TV road test typified by Top Gear but less people go further into the motoring press to read full reviews on line and in magazines. 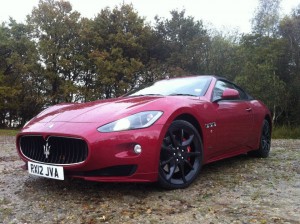 Often the technical level of car reviews have to be matched to the readership, that’s not to say a certain readership cant understand the technical end of things, its simply that generally certain demographics simply don’t want to. I have written a number of car reviews for the Archant Life magazines like Surrey Life and these are aimed firmly at people who are interested in cars but are not obsessed with torque figures or variable valve timing like readers of the more pure motoring platforms. As a writer, or car reviewer, I enjoy writing for different audiences and relish both the out and out technical and the “layman” car reviews, both groups are interested in my passion, just in different ways.

I had the pleasure of taking out the ( at the time ) brand new Lotus Exige S Roadster for the Life magazines, after a number of Lotus road tests I can safely say I am a fan. There is something so simple and certainly in the supercharged models, something so savage in Lotuses that I really love. For the price you get a lot of performance value, OK so the interior is not finished in unicorn skin, but I don’t care when I’m having so much fun! 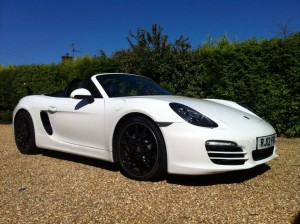 Online car reviews and road tests normally allow for a higher word count so as a writer I can often let fly with my more obscure analogies. However, writing for magazines is a very different ball game. The word count can be very strict as with this car review of the then brand new Porsche Boxster. This boxster road test was certainly one of my favourites, not only is the boxster a bit of an underdog and more of a drivers choice than a footballers one, but served up on a summer weekend in white on black wheels it was a lot of fun. Blasting through tunnels with the roof down and throwing this perfectly balanced car round the B roads of East Sussex certainly gave a good impression of the boxster, I actually enjoyed it more than the 911 but Shhh!!

Perhaps less glamorous, but no less interesting was this road test of the Kia Optima, OK so the 0-60 time wont exactly upset your granny sitting in the passenger seat, and Kia dont quite carry the prestige you get from the bigger German marques. But, the Optima was a good car, it was a nice place to be and lets face it, the “Vectra” bracket of motoring could always do with something that looks a tiny bit different couldn’t it!

More recently I have had the pleasure of working with Honda and road testing the plucking Jazz Si and the brilliantly built CRV. At the other end of the spectrum the lovely folk at Jaguar Landrover asked me to test the XFR-S Sportbrake; coming in at around £84,000 and offering a thumping 550 bhp it soon became quite a family favorite. The JLR team also sent me the Range Rover Sport SDV8 which went down a storm with passengers due mainly to the amazing entertainment system but the drive was perhaps of more interest to me and it certainly impressed!

For more information about car reviews and road tests get in touch with me on ade@holdermotoring.co.uk